We were contracted by Firecat Studios in Texas to overhaul this antiquated (originally built in 1999) system, from the ground up. This application handles all budgeting, financial reporting and emergency funding for the state of Texas' 911 system.

The system allows administrators at CSEC to enter yearly budgets for each COG (central organized government) at the start of each fiscal, along with the ability to edit those budgets up to 2 years after a fiscal year has closed. Likewise each COG must report their actual expenditures no later than 15 days after a fiscal quarter has ended. The system also includes a means for COGs to request emergency funding. Due to strict state laws the ability to edit certain data is strictly limited via each users log in level.

The entire system is built using a jQuery front end over PHP and a Postgresql database. Data entry and editing screens are set up so there are no page loads required to submit or get data. For instance if you look at the first three screen shots to the right, the first screen shoot show the administrative budget screen on page load. The administrator simply selects the cog they wish to enter or edit data for from the drop down. Any current data is loaded into the page dynamically. To enter or edit data they simply click the edit button. Once clicked the form elements that were previously hidden appear and the data can be edited. Clicking the save button then sends the data back to the server and 'closes' the form elements. By using this method the administrator can enter data for each of the cogs by simply selecting another COG from the drop down without ever having to move to another page.

The system also has a method to release addendums to all COGS when required. These addendums are released, and the COGs notified they have been released with a click of one link.

Do handle mistakes in data entry the system allows an administrator the ability to re-open a quarterly report for editing by a COG (CSEC administration may not edit these reports by law) by simply changing the status of a report in a drop down.

Along with data adding / editing screens the system is required to produce reports comparing budget and actual data. These reports must follow Texas law and must include all data in an up to date manner. Because of this the reports are created on the fly with all math done during the report creation. If a report is being generated for the 4th quarter of a given year it must also take into account any addendums that may be in the system for that fiscal year. Reports must also be printer friendly as they must be distributed to various government officials. 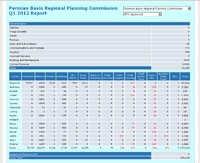 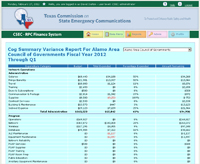 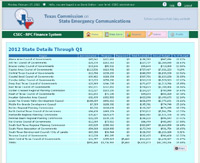 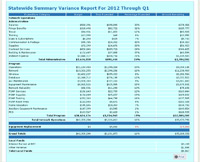